Part 1 Is An Introduction To Double Bollinger Bands, Part 2 Is A Continuation That Presents Specific Rules And Examples, Part 3 (coming soon) Is A Quick Summary

This is part of FXEmpire’s continuing series of special features on trader education, and provides a solid basis for understanding double Bollinger bands. For more detailed coverage and examples, see Chapter 8 of the book, The Sensible Guide To Forex.

Double Bollinger Bands (DBBs) are arguably the single most useful technical indicator. Although you shouldn’t rely on just one indicator, DBBs are among the first indicators that one should check. They tell us:

You don’t have to take my word for it.

Of the hundreds of technical indicators out there, the Double Bollinger Bands are hands down my favorite…they provide a wealth of actionable information. They tell me whether a currency pair is in a trend or range, the direction of the trend, and when the trend has exhausted. More importantly, Bollinger Bands also identify entry points and proper places to put a stop.

While Ms. Lien refers above to currency trading, like most technical indicators, DBBs can be applied to technical analysis for any actively traded asset traded on big liquid markets like stocks, commodities, bonds, etc.

To create them on your chart:

For those without a statistics background,  just know that for purposes of this discussion, standard deviations function as units of distance from the 20-period simple moving average (SMA), which is both the center line between the four DBBs and thus the baseline for determining the location of the 1 and 2 standard deviation Bollinger bands. If you want to know to know more about them, you can either search out the details online, or find further explanations in my book in chapters 4 and 8.

See Chart 1 below for an example of what DBBs look like. 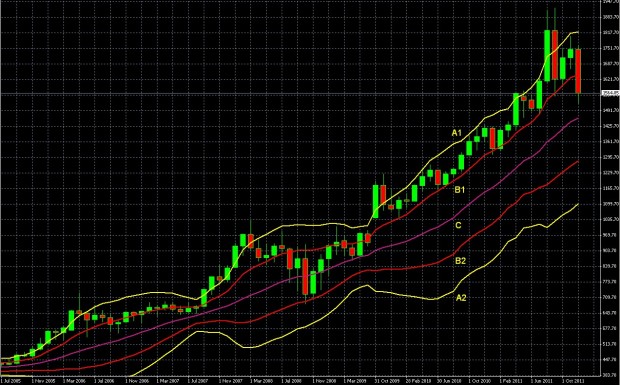 Chart 1 shows example of what DBBs look like. Here’s an explanation of each line.

In short, the yellow BBs are an example of the typical “(2,20) default setting” BBs most commonly used, meaning that the BBs are  2 standard deviations’ distance from a 20 period simple moving average (SMA). The red BB settings are (1, 20), 1 standard deviation that same 20 period SMA, which is shown here in purple.

Unless otherwise noted we treat both neutral zones as one, called The Neutral Zone.

It’s these zones that provide the added information about the strength of a trend, whether it still has the momentum to continue, and where we might attempt to enter trades, even if there is no other support or resistance (s/r) to serve as a reference point, as was the case with gold during much of the period covered, when gold continually hit new historical highs.

As you can see from Chart 1, DBBs create four zones around that 20 period SMA. However we combine the middle two areas and focus on three zones: upper quarter, the middle half, and the bottom quarter.

Below we’ll discuss the best times for opening additional positions when in the DBB buy or sell zone.

Whichever zone price is in will signal whether you should be:

That’s the simplest summary, however there’s a lot more to DBB signals than that, as we’ll discuss below.

When To Open Or Close A Position: Confirming A Move Between Zones

Your success with DBBs will depend greatly on how you respond when price transitions between the three zones. As with any technical indicator, the key question is: how much confirmation of a trend change do you wait for before you open a new position?

As always, when an indicator sends a signal, we seek some kind of confirmation before trading. Obviously we usually don’t make trade decisions on the very first tick or closing candle into a new zone, at least not with more than a portion of our total planned position.

Just like traders need confirming signals to avoid getting fooled by temporary, false breakouts beyond support or resistance, so too here we need ways to distinguish between false trend changes and real ones, between short-lived and sustained moves into different zones that could last long enough for a profitable trade.

How do you do that?

Sadly there isn’t one answer.

You may simply apply the same criteria that you use to confirm breakouts beyond support or resistance for the given asset and time-frame.

You may find from experience that you need to adjust those criteria to confirm moves between DBB zones.

For example, you could use any combination of the following:

As with any decision to open a new position, you’re always balancing between risk and reward: In other words:

The balance that works for you will depend on both the volatility of the asset, your personal risk tolerance, and other risk and money management safeguards you already have in place that determine the damage you suffer from a given loss. For extensive details on risk and money management, as well as examples of how we apply these tools in actual trades, see Chapters 5 and 7 of The Sensible Guide To Forex.

We’ll have more on getting confirmation in Part 2.

In sum, DBBs help us decide when we should be trading a trend, a trading range, or refraining from trading.

Note that if you’re just starting out with using charts and don’t yet have a brokerage account that offers full featured charting software,  finding free charts that offer DBBs isn’t easy.

The most popular financial portals like Yahoo Finance and the like typically only allow a single set of Bollinger bands. I did a quick search and only found 2 forex content sites that offer free charts that allow you to insert multiple sets of double Bollinger bands at whatever settings you choose.

They weren’t bad, but don’t match the ease of use or many of the useful features of full charting packages. So if you don’t already have access to a full featured charting platform, I strongly suggest signing up for at least a practice account with a broker that offers MT4 or a similarly robust charting package.

Ok, that was the background. Proceed to Part 2 for the 4 rules of using DBBs and examples of how we apply them. Those seeking just a brief summary will find one in Part 3 (coming in days) – just the basic rules and a chart illustration.